The date serves to commemorate the International Day of Women at Maritime and to all who participate in the navigation process, but also serves as a reminder of the long road ahead.

A woman’s place is wherever she wants. That’s what we already know! But even so, there is still a need to include more women in this industry. The 18th of May is celebrated worldwide as International Women’s Day at Maritime. The date serves to congratulate all women in navigation who have conquered their space in the maritime industry every day. However, it also serves as a daily reminder to think that there is still a lot of work ahead until the market is even more inclusive with these issues. 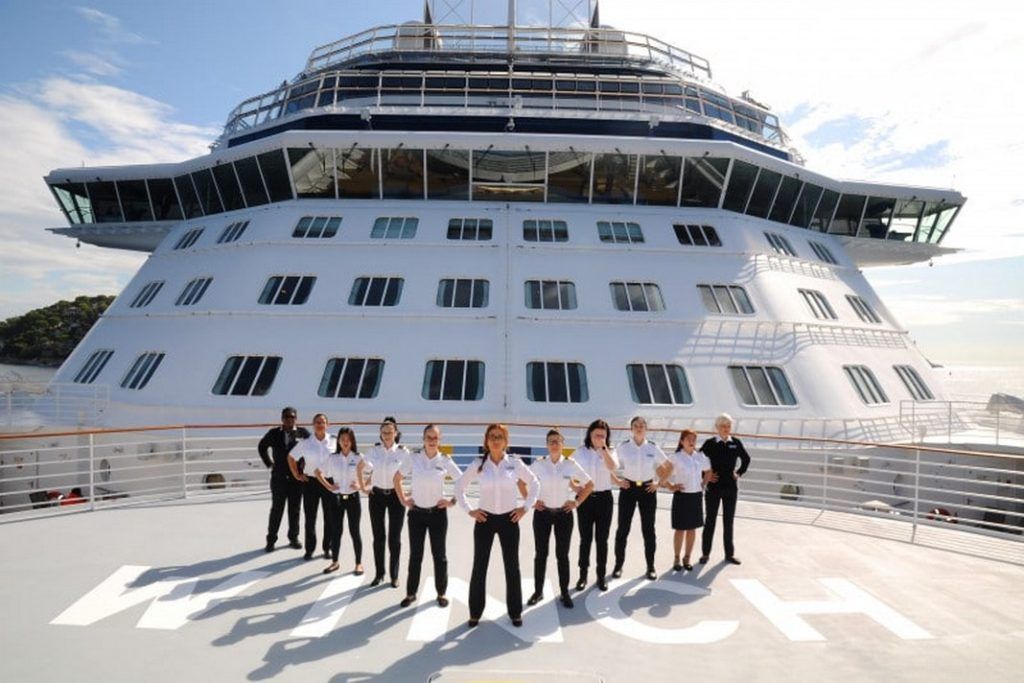 As a milestone, on the 14th of May, the world’s first cargo ship operated by an all-female crew took to the high seas. They were aboard the m.t Swarna Godavari and the ceremony was organized by Navratna National Shipping Company and Shipping Corporation of India Ltd (SCI). The flag ceremony was attended by the Union Minister of State for Foreign Affairs and Culture, Meenakshi Lekhi.

The vessel departed the Jawahar Dweep oil terminal and represents a trend towards greater empowerment of women to command even more fleets of ships around the world. The SCI initiative has been taking place since the previous year, 2020, where on board the same vessel, other women could also have the opportunity to command the ship. This moment represented an unprecedented historic milestone.

The woman in navigation

There are important names throughout history who were responsible for introducing women little by little into the universe of the seas. The pioneer of this movement was Jeanne Baret, the pioneer woman in circumnavigation, that is, the first woman to circle the world aboard a sailboat.

Motivated by love, Jeanne faced some barriers at the time. She had to impersonate a man to board the ship L’Etoile, having to cut her hair and compress her breasts to be accepted on the vessel, as women were forbidden by the French navy (and also by other nationalities) to be aboard a vessel.

Over the years, other important names have been responsible for breaking down several barriers. Krystyna Chojnowska-Liskiewicz, Naomi James, Catherine Chabaude andDenise “Dee” Caffari are other important personalities for this scenario and who deserve to be further researched and congratulated for their achievements.

The inclusion of women in the navigation process

The maritime market is still very traditional and that is why there is a difficulty for women to enter the sector, however, over the years and the increase in understanding of the sector, companies were able to open doors for more women to occupy positions in several companies in the industry. Although we have a commemorative date for women at sea, we still need more references from them in this industry.

At NavSupply we believe our team needs to be inclusive! That’s why we are concerned that hiring is done on the basis of competence and merit, much more than any other parameter. Our goal is that we can grow even more on this path and that we can open up even more opportunities so that not only women, but everyone else have a greater place in the maritime market.

To stay on top of all the news and receive exclusive content, written by our team, just keep an eye on our Blog.

Concerns over fuel shortages in Brazil
CDRJ and Karpowership sign agreement to allow the installation of floating thermoelectric plants
Oil giant Petrobras will invest more than BRL 80 billion in the Campos Basin: stage for the largest ...
Toxic gas accident at Jordan port leaves 13 dead and 251 injured