What are the nautical charts

Did you know that one of the oldest nautical charts in the world is the Cantino Planisphere, from 1502, where Brazil and the Tordesilhas Line appear?

The Great Navigations began in the 15th century and extended to the 16th century, with the aim of exploring the Atlantic Ocean and expanding the horizons traced until then. One of the main purposes was to discover new sea routes to reach other continents. It is in this scenario that nautical charts appear.

Many ships currently have a GPS system, but that doesn’t make the use of a nautical chart any less important. It is even recommended for vessels that have a navigation system to use the charts to guide themselves. But why?

Should the vessel’s electronics fail, you will be out at sea with no idea where to go. The situation could get worse if you were in a situation of poor visibility, risking colliding with the boat with the rocks, for example.

In this sense, learning to navigate with the use of nautical charts becomes essential to feel more comfortable and be prepared for emergencies. This is one of the reasons why vessels are required to have the most up-to-date version of the chart for the region.

WHAT ARE NAUTICAL CHARTS?

The nautical charts are considered cartographic documents, resulting from surveys obtained in maritime areas and whose objective is to serve as a basis for navigation. Unlike celestial charts, which work as a navigation guide through the stars, nautical charts bring other relevant information.

They basically work like maps, but in order to show important aspects of the area and meet the requirements of maritime navigation.

They are usually built on the Mercator Projection and provide information such as depth, navigational hazards (such as submerged rocks, hulls and other obstacles), altitudes, shoreline, island contours, tidal elements, currents and other necessary indications.

The oldest nautical chart ever published is dated to 1502 and is called the Cantino Planisfério, representing the maritime discoveries made by the Portuguese. It is, in fact, a copy of a letter with large dimensions that was in the care of the exploration administration of the exploration and colonization of lands, in Lisbon, Portugal.

If we are going to draw an analogy, we can say that they work almost like a database and basically function as a graphic representation of the route and its risks, thus enabling safe navigation.

These publications are officially carried out by the Government of the Country or under the supervision of the Hydrographic Department and the technical standards for the construction of this material are determined by the International Hydrographic Organization (IHO), which came into force in 1970.

The nautical charts can be divided in two macro groups:

There still exist what we call nautical publications. They, unlike letters, can be in book format (hence the name publication) and have specific information for each model. This data is complementary to the charts, and serves to trace the information necessary to travel a safe path.

This publication contains information such as the location of the stars, sunrise and sunset, among others, specified by days of the week and also dates of the year. 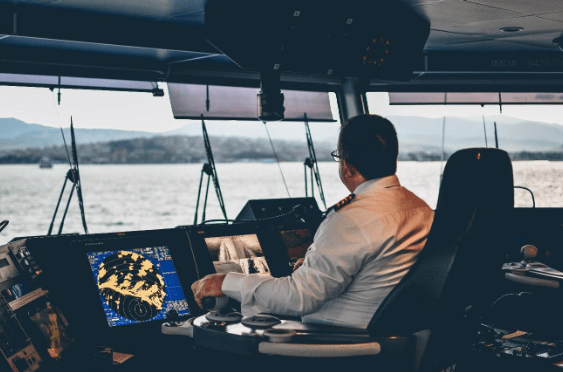 HOW TO READ A NAUTICAL CHART

Navigators use nautical charts to plot more efficient routes between ports. They serve to travel the route without worrying about the vessel and because of their role, they are more important and efficient than maps, because they are a more simplified record.

As it is a compilation of important knowledge, it ends up scaring first-timers. However, once you’ve gotten used to reading this information, it’s easy to get out of the way!

Some symbols and terms that are important for reading nautical charts are:

To read the letter, you only need to use a few materials, such as: ruler, compass, pencil and stopwatch. Using the ruler, compass and pencil it is possible to measure the direction and distance of course points and mark it on the nautical chart. The stopwatch is used to track how much of the course has been completed and help captains stay on course.

Toxic gas accident at Jordan port leaves 13 dead and 251 injured
Cabotage navigation: a solution in national logistics
Putin tells Erdogan he is ready to resume exports in Ukraine
Oil giant Petrobras will invest more than BRL 80 billion in the Campos Basin: stage for the largest ...