Putin tells Erdogan he is ready to resume exports in Ukraine

Leaders spoke by phone this Monday (30)

Russian President Vladimir Putin and his Turkish counterpart Recep Tayyip Erdogan spoke by phone on Monday (30) to discuss the situation in the war and said he was ready to facilitate the export of grain from Ukrainian ports. was done by the Turkish leader’s office, as reported by Russian news agency Tass. 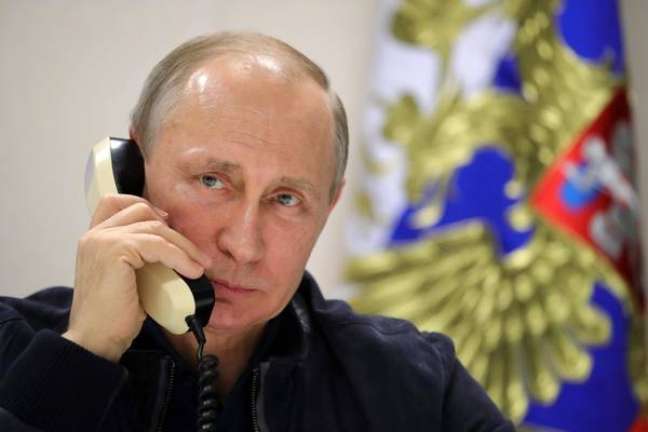 During the call, Putin confirmed to Erdogan that Moscow is willing to work in Ankara to reopen maritime traffic, which has been blocked due to the conflict on Ukrainian territory.

“Putin underscored Russia’s willingness to facilitate unhindered maritime transit of goods, in coordination with Turkish partners. This also applies to grain exports from Ukrainian ports,” the Kremlin said in a statement.

The two leaders also discussed the “issue of ensuring safe navigation in the Black and Azov seas, eliminating the threat of mines in their waters”.

Furthermore, Erdogan told Putin that Turkey plans to organize a meeting between Russia, Ukraine and the United Nations (UN) in Istanbul.

“Turkey is ready to participate in a potential observation mechanism in Ukraine, if Moscow and Kiev reach an agreement on this,” he added.

Regarding food shortages in the world, Putin emphasized that the crisis occurred “due to the reckless financial and economic policy of the West, and said that Russia could “export considerable amounts of fertilizers and agricultural products if anti-Russian sanctions are lifted. “.

Finally, Erdogan and Putin agreed to talk again and discussed “the need” to protect northern Syria on the border with Turkish territory, announcing an imminent military operation.

“It is necessary to make this region safe,” Turkey’s president said, citing “continuous attacks on civilians” by Kurdish People’s Protection Unit (YPG) forces, which control some areas in the region and which Ankara considers terrorist.

The Turkish president stressed that making the area safe is “imperative” because that has not yet been possible, despite a memorandum of understanding signed with Russia in 2019.

Last week, Erdogan announced that he would “soon” begin a military operation to secure a 30km-deep area of ​​the Turkish-Syrian border.

Earlier, Sergiy Nikiforov, a spokesman for Volodymyr Zelensky, said that Ukraine’s president would consider a proposal to hold three-way phone conversations with the leaders of Russia and Turkey, if Putin is ready to participate.
News credits: Terra
To stay up to date with export news and also access our exclusive content, just keep an eye on our blog!

Starlink: the impacts of Elon Musk's company on the navigation market
Toxic gas accident at Jordan port leaves 13 dead and 251 injured
What is a shipchandler?
Oil giant Petrobras will invest more than BRL 80 billion in the Campos Basin: stage for the largest ...